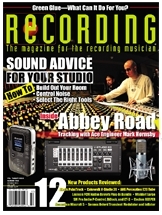 Drum Werks drum loop libraries represent the essence of Beta Monkey’s special approach to this material- no frills, just great content, all at very affordable prices. These four volumes, the latest in the series, are referred to as the L.A. Rock Essentials Sessions, and represent a variety of loops and grooves all recorded in a single session with a single kit, so you can mix and match grooves and samples without having to worry about mismatched sounds due to miking shifts or other variables.

Each library is sold as 16-bit WAV, 24-bit WAV, or 16-bit AIFF; the WAV files are ACIDized with tempo information for quick import to Sony ACID and other DAWs that read such metadata, and the AIFF loops are in Apple Loop format for easy integration with GarageBand and Logic. Loops are generally four to eight bars long; I like having these longer chunks to work with, as they make for more interesting and less “loopy” tracks. Intros, fills, grooves and variations, are all neatly and consistently labeled. When you buy any of the first three volumes, you’re given access to a download of 354 individual single-hit samples of the kit used to create them.

Drum Werks Volumes XV and XVI especially are meant to go together; XV has sets at 60, 80 and 120 BPM, and XVI has sets at 50, 80, 100, and 160 BPM. The 80 BPM material on the two volumes is different and there’s no overlap; recorded at the same sessions, there was simply too much of it for only one volume, so it was divided up over the two for space reasons. Apparent “holes” in the file numbering for these sessions vanish when they’re combined in one folder. These are straightforward rock grooves with a lot of variety, recorded and edited cleanly on a solid kit with a little bit of room ambience (but not so much that the drums can’t mesh with other tracks in a mix).

Drum Werks Volume XVII, Signature Rock Grooves has a different format than the previous two; it has a dozen sets of drum tracks, each one named to hint at a famous rock song whose overall sound and style is emulated. Examples include “When the Led Breaks” “LaGranZZ”, “Hot4Teach”, and “Highway To Heck”. These are great fun! They’re not exact copies of the originals, but evoke the feel and style in a way that will connect to listeners on a deep level.

Drum Werks Volume XVIII is called “Piccolo Grooves” and features the same kit as above but with one substitution: a 13″ x 3″ steel piccolo snare for a snappy, aggressive tone that really cuts through a mix. 60, 80, 100, 120, and 140 BPM groove folders are provided. I like the in-your-face attitude the piccolo gives these loops, and this library not only has more loops than the others but also features a folder of 264 single-hit samples right on the CD-ROM, not only of the snare but the other elements of the kit. I consider this library my favorite.

But they’re all winners. Beta Monkey has again produced clean, useful, no-nonsense drum libraries that any rock producer can get into. At these prices, why not pick up a couple and take your drummerless productions to the next level?

Please note: Drum Werks XIX and Drum Werks XX are also part of the L.A. Series of drum loops – they were not yet released at the time this review was written and published by Recording Magazine.