While nearly everyone is aware of drum loops and their use in modern music, fewer folks know more than a handful of ways how they can be used. 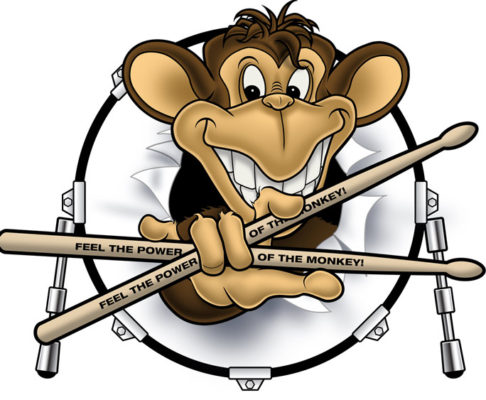 We’d like to think since we’ve recorded, produced, and edited nearly 60 drum loop libraries that we can maybe add a few more tricks to your arsenal when it comes to working with loops. Of course, we did not invent these techniques. These are just tips and tricks we’ve learned from working with loops and ideas shared with us from customers. And, we thought they might be valuable to those of you out there with a limited bag of loop tricks and looking to achieve more when working with them.

While we will discuss drum loops specifically in today’s tutorial, many (if not all) of these techniques can be employed with all other sorts of loops as well. We just happen to work with drums exclusively, so we’ll stick with what we know.

So, how can you get more from your drum loops and create more music? Read on.

One of the easiest ways to get more out of your drum loops is to fire up your favorite audio editor and get busy chopping up your loops.

And, there’s nothing more fun to edit than a multi-bar loop. Every single Beta Monkey sample library has drum loops that are more than a single bar – in fact, you’ll find many two-bar, four-bar, and even eight-bar loops. And, within those multiple measures are many one-bar loops ready to carve out.

For example, say you’re really digging a four-bar loop. It makes sense musically and it’s a carefully-constructed rhythmic idea. But you could easily just pull a one-bar loop from anywhere in that longer loop. Maybe what you’re hearing in bars two and three is perfect for what you need. Just find the start and end of that phrase, copy and paste it in a new file, and save. That’s a great new groove right there.

Sometimes you’ll even hear great patterns in the middle of one bar into the next. There’s no shortage of sections you could copy and create new loops by chopping out the pieces you’re truly after. The following images illustrate this process visually:

Now that you’ve created a new drum loop from Tip 1, you could now do all sorts of things to them sonically. One approach would be to compress the drum track to the point where it starts taking on entirely new characteristics. Maybe you’re after a gritty lo-fi groove during the first verse that could then open up into the actual audio (unprocessed loop) for further verses or even pre-chorus.

Of course, compression is just a favorite effect of ours. Any number of other extreme EFX processing could likely create such interesting results as well.

You could apply Tip 2 in a slightly different way, of course. By that, we mean adding a heavily-compressed version of the loop you’re working with the original loop audio. At that point, it’s a matter of blending the two together at levels that achieve the drum sound you’re after. This process is a well-known processing technique known as ‘parallel-compression’.

If you want a more detailed and thorough explanation, we’ve covered that in a previous tutorial: https://betamonkey.com/five-ways-process-drum-loops-stand-crowd/

If video is more your thing, here is a demonstration of parallel compression in use:

Another way to breathe new life into your drum loops is by layering single hit samples onto an existing loop.  By doing this, you can change the rhythmic pattern and create a new feel altogether.

All Beta Monkey drum loop libraries include matching drum samples so finding and then stacking single hits onto existing loops is a breeze. Look for a detailed article and video on that topic in an upcoming tutorial.

Adding percussion loops to an existing drum kit pattern is a great way to customize and enhance the rhythmic character of the drum track you’re creating.

This is most commonly done with loops of the same tempo, but it can also produce interesting results when done with loops that complementary tempos ratios—for example, a 120 bpm percussive loops mixed with an existing groove at 60 bpm (or vice-versa).

We’ve heard many great results from customers using the Studio Percussion Toolbox loops with traditional drumkit loops – it’s just a matter of finding the right mix between the main groove loop and the percussion loop.

One clever loop trick we’ve seen used is to split a stereo loop into two mono loops.  Again, using your audio editor of choice, copy and paste the right and left channels into two new mono loop files. You’d be surprised how each channel can have a distinctly different character, perhaps even the kind of sonic character you’re after.

For example, for a loop played on the hihat, one of the channels will highlight that hihat voice. This could be either channel, depending how the stereo recording was mixed (some prefer audience perspective while other go for drummer perspective – it’s an age-old argument as to which is better!). Isolating and creating a new mono loop will yield interesting, although subtle, differences.

And, besides, mono is a great way to get an old-school sound. See any of the earlier Beatles drum tracks for proof:

Here’s one that’s a twist on Tip #1. This technique again is well-suited for longer loops of two measures or more. The trick here is to select, copy, and paste an odd number of beats into a new file. Then, you just have to do a little simple math to create a new drum beat.

Try selecting three beats of your 4/4 drum or percussion loop.  Copy and paste and you now have something in 3/4 time. Likewise, choose five beats and you’ve created a 5/ 4 feel. These can be interesting ways to create an unusual and unexpected transition from one song part to the next. One warning though: make sure it’s musical! Going odd for the sake of going odd is always secondary to musicality. If it sounds good, it is. If it isn’t? Well, you should probably try something else.

Like, perhaps, this “odd” variation we’ve used that will still stay in 4/4 time.

Another variation of this “Make ‘em Odd” technique requires no editing but relies on creative placement of the loop into your DAWs track. If you take a two main groove loops and repeat them for an odd number of bars (say three bars instead of the usual even number you’re used to doing), you’ll immediately notice the loop repeats in a rather unexpected place when it cycles around. This will affect the listener in a subtle but profound way. The listener will hear less of a “loop” as the audio will begin repeating in an unexpected place. Most listeners are conditioned to hear in even numbers of measures and having the loop cycle in 3s or even 5s in the arrangement can add a fresh twist to what could have been a rather ordinary drum track.

With so many different ways to use drum loops, we hope you discovered at least one new approach today that will help you with your next songwriting project.

We’ve tried to keep the tips and tricks today relevant no matter the DAW you use in your production workflow. While the exact procedure may differ from DAW to DAW, all modern music software offers the capabilities to employ the ideas we’ve discussed in this article.

So, grab some of your favorite drum loops and put any or all these ideas to work.All of the approaches discussed in this article are relevant to any DAW you may be using: Cubase, Logic, GarageBand, FL Studio, and more (though the exact procedures may differ somewhat, as many things do in competing audio programs).

Above all, we hope it leads to some exciting, new music for you.

2 thoughts on “Seven Tips and Tricks for Using Drum Loops”