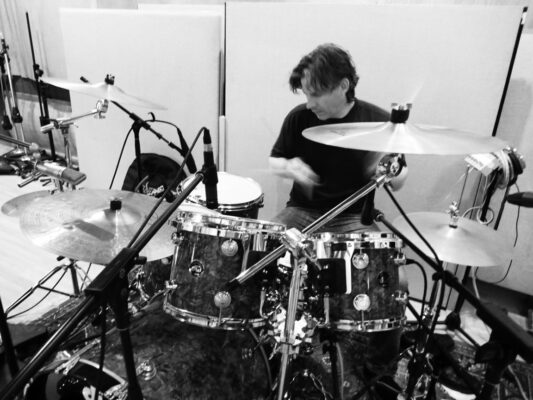 To many folks, blues drumming is quickly lumped into one or two stereotypical rhythms: the 12/8 groove or the shuffle. And, it’s easy to understand how this could happen. Countless well-known blues songs do make use of these essential blues drum style rhythms.

But, if you really know and live the blues, you know that there are so many more variations of the shuffle and other traditional blues drumming styles. So, let’s explore what really encompasses blues drumming in general and then break out many of the different groove sub-genres that blues drummers have created over the years.

What do all blues drumming styles have?

Playing deep in the pocket is a hallmark of all blues drumming. Often, that pocket can even be slightly behind the other band members. From this pocket, the groove is established and dynamic fills propel the music. A deep pocket is essential to tightly locking the band and music together. It goes without saying that all revered blues drummers have the deepest of pockets.

Whether you sense that “bounciness” of the groove on the hi-hat, ride, or snare, all great blues drummers add an indescribable bounce to their playing. And, you know it when you hear it, or more important, FEEL it. The bouncy quality is what moves to the audience to dance or, at the very least, tap their feet. It also inspire the music and band to add that same light bounce to their playing as well. This bluesy bounce can be expressed in even a simple “four on the floor” bass drum pattern. No matter how it’s played, drummers know that a bouncy swing is primarily to blues music.

First, blues drumbeats cover a lot of ground in terms of time signatures. You’ll hear the blues played in 2/4, 4/4, 6/8 and 12/8 time with distinct bar patterns. And, within these different time signatures, you hear many variations of triplet based rhythms, including localized shuffle styles (Texas, Chicago, Charleston, and so on). Ultimately, what matters most is that there’s a blues rhythm ideal for wherever blues artists want to take their blues. Slow and wailing? Upbeat and jumping? No matter, there’s a groove perfect for that.

What are some well-known (and perhaps not so well-known) blues drumming styles and sub-genres?

Of course, the go-to beats of the blues are 12/8 and shuffles. And, you could just live on those alone. But, the blues exists in other time signatures as well, namely 2/4 (double-time), 4/4, and 6/8. In terms of variations, you have many diverse feels and flavors of blues

The earliest known form of the blues. With guitar and harmonica as the dominant instruments, this style of the blues takes its name from the region of the United States where it originated: the lower Mississippi Delta region. The early Delta Blues styles is a style recognizable to all blues fans and formed the foundation that many, if not all, of the other blues styles were built upon.

Interestingly enough,  the earliest recordings of the Delta blues proved an inspiration to a young generation of British musicians who took what they were hearing from the American blues artists and created skiffle music. Of course, British skiffle led to the bluesy influence found in many of the British invasion bands. In another development, the early Delta blues records inspired British blues as well as early hard rock and even heavy metal (listen to early Sabbath and it’s tough to deny the role the early blues music had on these four lads from Birmingham.

Anyone who claims to be a rock drummer owes much of what they play to blues drummers. But, how does the acoustic stylings of the earliest blues players eventually come to influence rock, hard rock, and even early heavy metal music? Some would point to the migration of the Mississippi Delta blues musicians up to the cities of the north, notably Chicago. These city bars were louder and certainly more raucous than the country venues these early artists were accustomed to playing.

So, how did they adapt? By turning up the volume, of course!

Muddy Waters, in particular, began amplifying his guitar to cut through the crowd noise and, as such, others followed. Legendary Chicago blues drummers like Baby Face Foster, Frederick Below, Jr., Sam Lay and others began to adapt to the louder environments. The drums began to develop into a heavier, thicker sound, delivering more of a solid pulse than the lighter, almost jazz-like brushwork drummers had been playing prior to amplification.

Listening to some of the earliest recording of the Chicago blues, one could easily hear a direct lineage to the approach John Bonham took to the drums on the first Led Zeppelin album.

Essentially, funk developed as a the natural byproduct of jazz, soul, and blues drumming. With artists like James Brown leading the way, this unique combination of styles and attitudes exploded with grooves that had blues roots but were more syncopated and complex if not always faster. In essence, the early blues drumming influence became secondary to grooves that were more danceable and predictably ‘groovy.’

On top of those, there are many namesake styles (named after the primary innovator of the particular grooves):

Not a traditional bluesy feel by any means, but one that had a loose, bluesy boogie feel to it. What it lacked in formal structure, however, was easily forgotten about when the infectious boogie feel took over.

But, even in these different times, you still have to have that deep pocket and bounce if it’s going to cut it for the blues.

As for shuffles, there are many different variations:

If there is one rule to follow when it comes to the blues and the type of drum styles that works best, just remember that the rhythm that supports the music best is best. If it feels right, then it probably is.

So, what’s the bottom line?

If you’ve been searching for the essential blues grooves and rhythms, Beta Monkey has the blues drum loops you need.