Drum Werks XVII delivers truly iconic classic rock drum loops for some of the most iconic rock drum tracks ever. You know the famous grooves we’re talking about.  These are the grooves we emulated here on Drum Werks XVII, with every loop inspired by rock’s greatest drummers and performances.

This sample library is an unrelenting homage to the great signature drum tracks that made rock an unstoppable musical force with powerful, unrelenting, and timeless grooves. If you’re after rock drum tracks in the styles of Led Zeppelin, AC/DC, Jimi Hendrix, ZZ Top, Van Halen, and more, Drum Werks XVII has those legendary acoustic rock grooves you’ve always wanted.

For all you classic rockers out there, Drum Werks XVII will get your tracks rocking with truly legendary drum parts. Don’t just settle for “beats like Bonham” – it’s time for authentic grooves that actually capture the rhythmic DNA of the masters. All grooves were tracked by one of L.A.’s most in-demand studio drummers.

Unquestionably, Drum Werks XVII takes it over the top with the classic rock grooves inspired from some of rock’s most recognizable and sought-after beats. Get the undisputed holy grail of classic rock drum tracks by Led Zeppelin, AC/DC, Hendrix, ZZ Top, Toto, and Van Halen into your music today.

Not just any ‘classic rock drum loops’ — You get the most iconic rock beats ever recorded!

Most would name John Bonham, Alex Van Halen, Phil Rudd, Mitch Mitchell, and Jeff Pocaro when creating a lot of the most recognizable and iconic drum grooves of all time. These are some of the drummers who laid down the most instantly-recognizable rock grooves ever recorded, the types of drum parts you know within seconds of hearing them.  And, that’s exactly what this rock drum loops library is all about.

In addition to the legendary grooves captured, we’ve created highly-efficient “Groove Sets.” These include all the essential elements for drag and drop song construction (intro fills, verse, pre-chorus, chorus, bridge loops as well as endings). In short, you have all the right tools to build new drum tracks quickly and easily. For many songs, we’ve also included the full source takes to create many more loops and variations.

This powerful rock sample collection was created to capture the spirit and essential signature licks of the songs – not note-for-note or lick-for-lick renditions. While you can certainly create your own cover versions of the featured songs, we want you to use these grooves to create new musical works, ones inspired by the greats but hopefully in new and wonderfully unique directions.

Additionally, you get a consistent drum sound (and compatible with any library from the L.A. Rock Essentials Series) and longer loops (four and eight bars). You get the realism your music deserves and the signature grooves behind some of rock’s most enduring classic tracks. You get the iconic grooves you love in your music. That’s what Drum Werks XVII is all about. 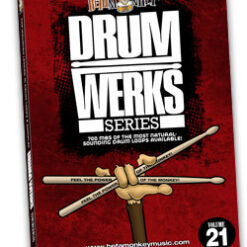 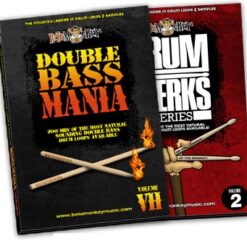 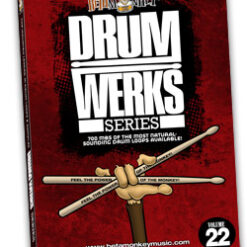 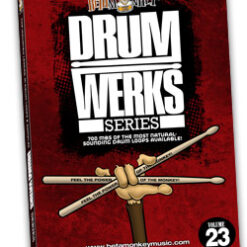 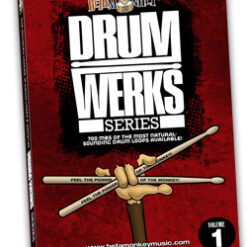 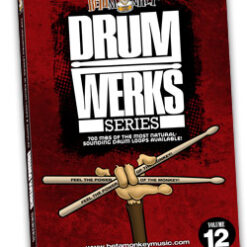 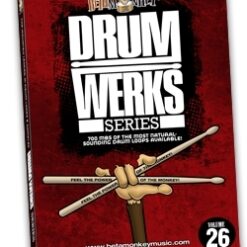 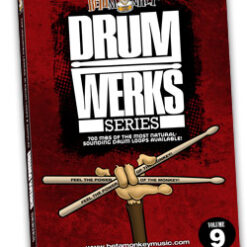